Termites in Your Home 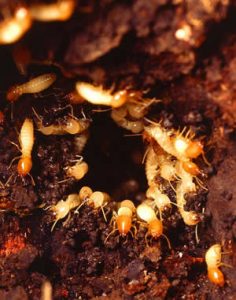 Termites feed on wood and may live deep inside the structure. Treatment alone for the Pacific Dampwood termite is not enough. Repairing the wood and eliminating moisture problems are recommended. The Western Subterranean termite attack wood but returns to the soil. Both may create mud tubes for protection and moisture as they travel about. Treatment in some cases involves trenching inside and outside of foundation walls and sub-slab injection. Consult Pete’s Pest Control for proper identification and measures that can be taken to discourage infestation.

While termites are not known to directly spread diseases to humans, they can carry bacteria and other pathogens on their bodies that can cause disease in humans and animals. In some cases, these diseases can be deadly.

One of the most well-known diseases that termites can spread is leprosy. Leprosy is a bacterial infection that primarily affects the skin and nervous system. It is typically spread through contact with the bodily fluids of an infected person or animal.

Termites can become infected with leprosy when they feed on contaminated materials, such as clothes or bedding, that have been in contact with an infected person. They can then spread the infection to other termites in their colony, as well as to humans and animals who come into contact with them. 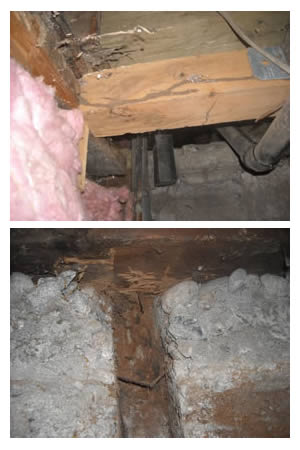 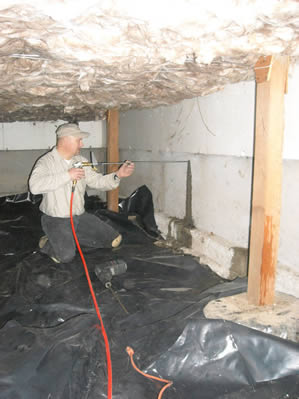 Termite infestations can cause extensive damage to homes and other buildings if left untreated.

You may not think of termites as the worst pest problem, but do not underestimate them, they can do a lot of damage to your property. If you have termites in your home, they will eventually start to eat away at the wood in your walls and floors. This can weaken the structure of your home and make it more susceptible to damage from weather and other pests.

Because of the potential risks and dangers to your health and home from termites, we recommend you call Pete’s Pest Control as soon as you notice them and we will take care of the problem right away.

If you think you have termites, it’s important to call a pest control service right away.

Hiring Pete’s for termite removal service is the best way to protect your property from these destructive pests. A reputable termite removal company will have the experience and expertise to safely and effectively remove termites from your home or business. In addition, a professional service will be able to provide you with guidance on how to prevent future infestations.

Treated my house for bedbugs. Pete was extremely patient and thorough in answering all my questions during this very stressful ordeal. I was so impressed w Pete that a few years later ended up working for him!

We called the 1st time for an ant problem. He responded quickly and professionally. We have continued to use him for all our pest needs. Unfortunately, he could not help us with our raccoon problem but he was able to give us guidance which helped solved the problem. We would never use anyone else for our pest control needs.

I used Pete's for Carpenter ants last year (the ants have never came back), and most recently for mice. Both times they were knowledgeable, courteous, and professional. Tyler went above and beyond my expectations and I am so pleased with the service I have received both times.I highly recommend Pete's.

I’m so glad I called these guys! Ronda, Pete, and James were all knowledgeable and nice. We were able to schedule a bed bug extermination 3 days out, and they were always available to answer my questions. I will update this review after my second treatment.

I had a rat infestation ! Called Pete’s and I am grateful to say they were able to keep working with me until all were gone. Very professional, great follow up as well as finding all the openings in foundation that needed to be closed so this wouldn’t happen again. Very pleased to say no more critters!

These guys are great! I used them for the first time this year, and the results have been amazing. I will 100% use them again and recommend them to anyone with pest issues!

We have experience with ALL types of pest problems. Contact us today for help with yours!

SERVICING PORTLAND ALL THE WAY TO THE COAST

We are proud to serve the entire Portland, Oregon metro area as well as our customers on the coast in the Seaside area.